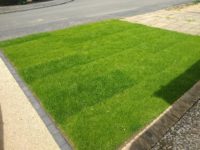 As mentioned before, I had gardeners here mid-May, and their main job was to lay a new lawn.

I’d done little with the old lawn, except cutting it, since I moved here – gosh – 22 years ago! It was a bit tired when I took it on, but over the years, despite my efforts, the grass got sparser and the weeds more numerous. I’d tried seed and I’d tried feed, but it was just a very old lawn.

I called in a local company, who were well reviewed, and they suggested lifting the whole thing and laying new turf. Their quote was a lot less than I thought it would be, and so I gave them the go-ahead. That was early in the year, but they advised to wait until May.

Laying it, and a few other jobs they did for me in the back garden, took two guys a day and a quarter. Since then I have been watering it twice a day (now once a day), and under instruction not to cut it for at least 2 weeks, but “as long as you can bear it”. It’s now coming up to 4 weeks, and I am thinking about giving it the first cut.

While laying the lawn, we simplified things a bit, and got rid of the border between my front and the neighbour’s. It was pretty, but got over-run by grass (explain to me why grass grows everywhere except where you want it to!) and was also a bit in the way of their drive. So it is now grass all the way across, but I have added some flowers in a container.

The first picture is how the lawn was before. Then a few pictures of the new lawn, with a week or so between them. The edges of the individual turfs are visible, but should fade after the first cut. 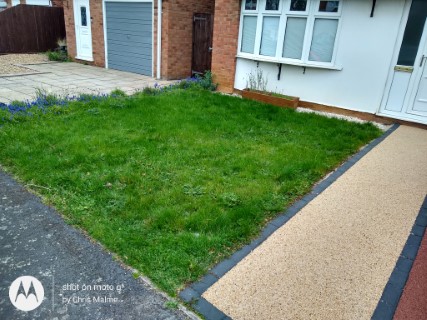 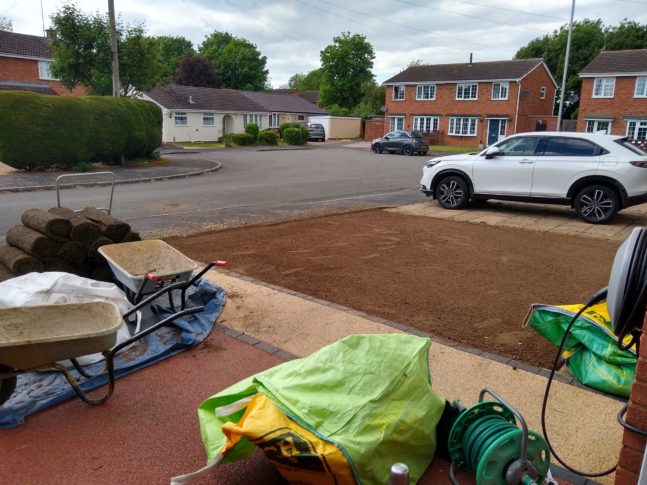 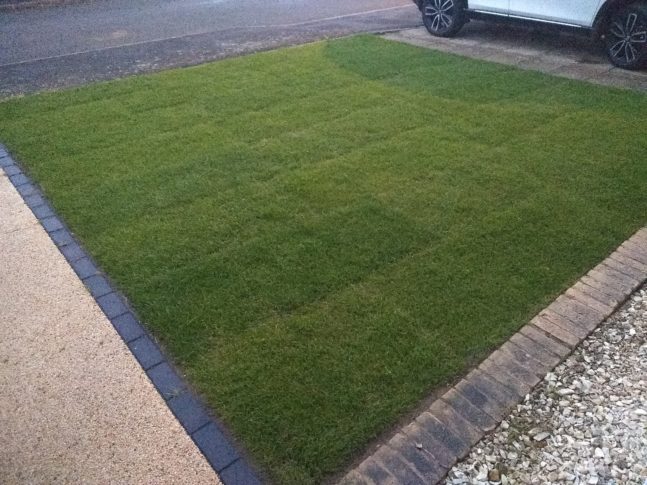 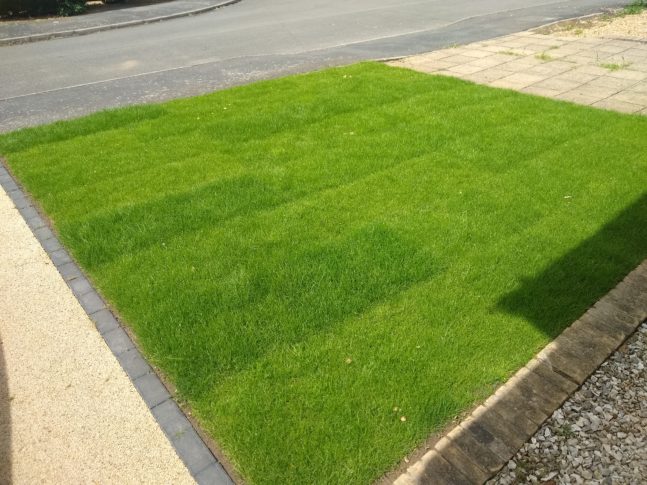