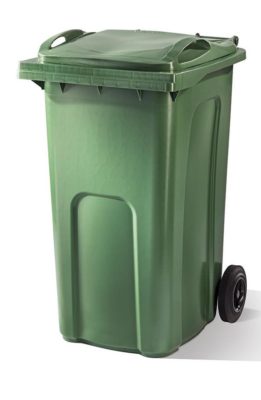 I’ve got gardeners coming in just over a week, and so I have been tidying my garden. Makes sense?

I’ll explain. There is no doubt that the back garden had got out of hand, particularly the left-hand corner, which was overgrown with nettles and brambles. In addition, because of the work I’d booked the gardeners to do, I haven’t yet bothered to plant my vegetable troughs, or even weed them.

None of that is why the gardeners are coming here. As detailed here, they are laying a new front lawn, but also digging out my vegetable troughs, which are still half-full of clay. And while here, they are topping up the gravel where the troughs are.

Which made me feel that I should at least get the back garden in a state where they can get at it all. Over the last week, the brambles are now gone, and two of the troughs are roughly weeded. That filled my garden waste bin, but that was emptied yesterday, so I plan to do some more this coming week. Perhaps even this afternoon!

As mentioned, the troughs are half clay – the bottom half. In 2020 (I think) I dug out the top 6 inches of each of them, and replaced it with soil, to let me plant. This was partially successful, in that I grew some useful veg, but the troughs were still getting waterlogged, and one has partially collapsed. Hence, getting them completely emptied. However, once weeded, I plan to dig out some of the topsoil and use it in numerous other containers I am planting up in the meantime. Which will mean I am still growing stuff, even while I am repairing the troughs.