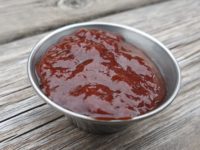 So I had this rack of St Louis Ribs that needed to be used, and couldn’t be frozen, as they had already been frozen by the supplier, and defrosted in transit.

I am not a huge fan of pork ribs – they strike me as fiddly and a lot of work for a very low reward, given how much meat you get off them. Having said that, I didn’t want to waste them, and I know other people like them, so I thought I would get some practice in.

After some very brief research, I found this post on PelletFan, on how to cook them. For a rub, I used the Memphis rub from Firefly, a company making rubs and sauces here in the UK, from American recipes. For a sauce, I used my No-Cook Simple BBQ Sauce, which is quick and easy.

So the ribs were prepared, with the membrane removed and rub applied, and went into the smoker set at 235°F just before I started work at 9am. I checked them at midday, after 3 hours, and they were looking good – the smoker was turned up to 275°F for a further 2 hours. After that, I took them out and sauced them. When I was turning the ribs over, one fell off the rack, and so I tried that without sauce – tasted really nice. I then left the ribs in at 275°F for a further 40 minutes.

When they came out, I took a couple for a mid-afternoon snack, and the rest went into my (switched off) microwave, to keep the flies and beagle away from them.

I am really pleased with how they turned out – I would have no problem serving these to guests. I still think they are a lot of fuss over nothing – essentially the rib is a delivery system for rub and sauce. But I know they are popular with others, so am glad I got this under my belt. Next time I cook pork ribs, it will probably be for guests. 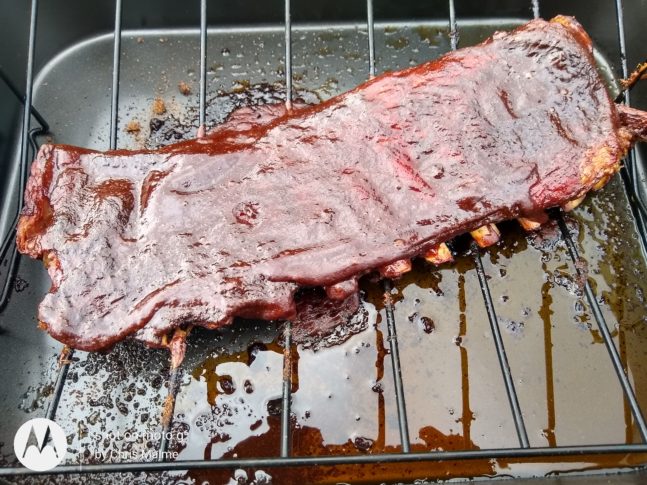 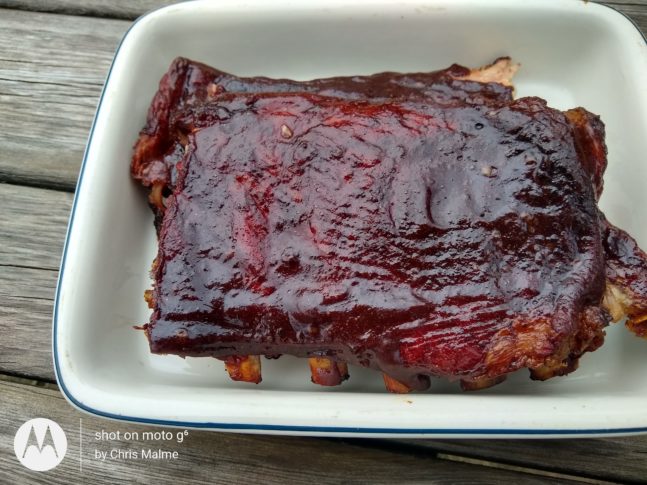 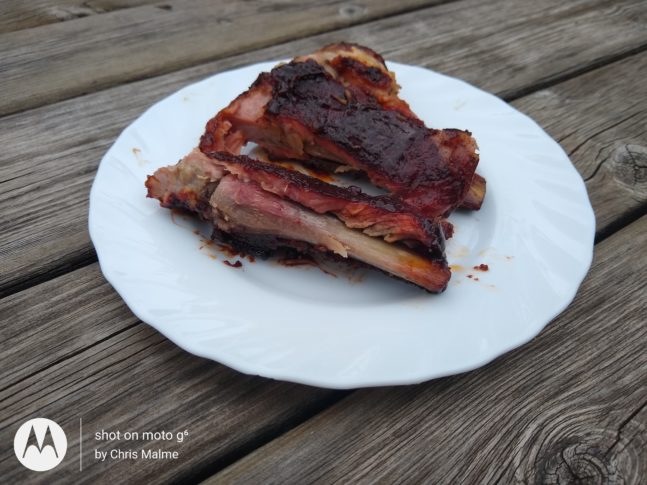