I thought it would be interesting to document the various stages my back garden has been in, both good and bad.

This is when I first moved in, in 1999, and before I’d done anything to it. Note that then the only access to the garden was from the kitchen, to the side of the house, then walk around. 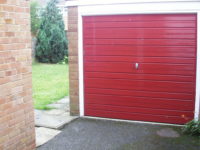 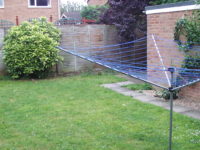 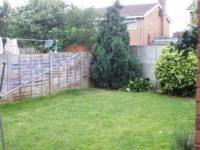 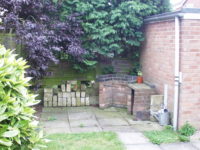 In 2002. I thought my changes to the back on the house started earlier, but obviously I am misremembering. 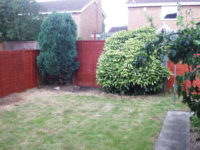 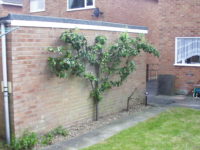 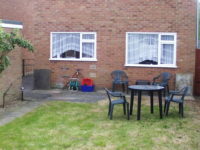 Conservatory construction in 2003, allowing access from the living room, through the conservatory to the garden, without having to go through the kitchen. 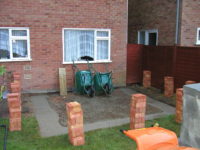 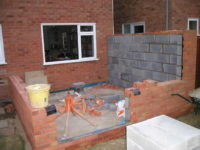 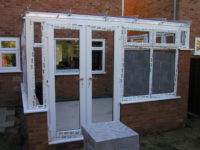 2007. Sunflowers, tomatoes and strawberries, oh my! 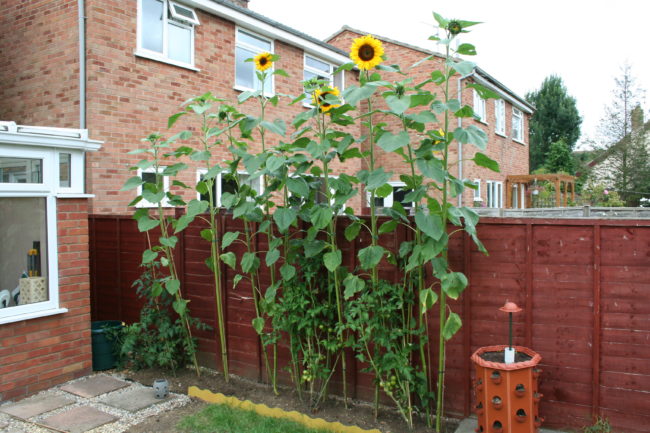 Now 2008. my first raised bed, and repeating my success with tomatoes and peas.

The raised bed was simple to construct, using log border trimming held together with cable ties, and laying down cardboard and wet newspaper as a barrier to grass and weeds, before filling with compost and planting. By the time the cardboard/paper rotted, there was no more grass/weeds underneath. 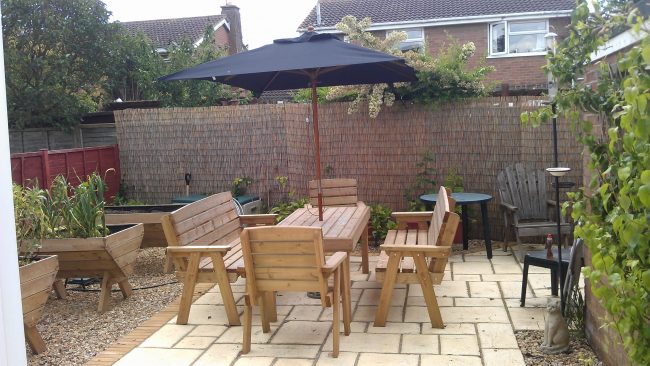 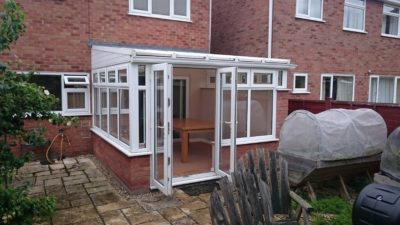 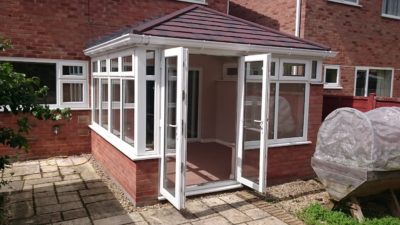 2017. The Bad – suffering from a bad back, I neglect the garden, and it soon goes downhill. 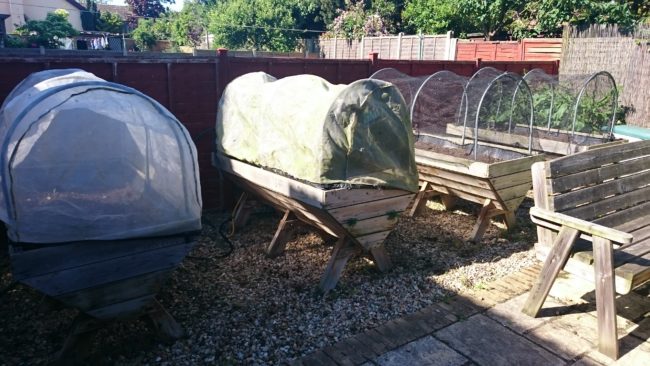 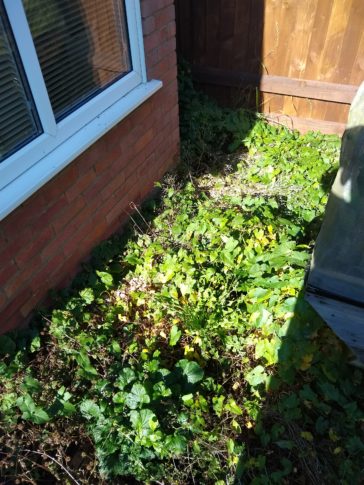 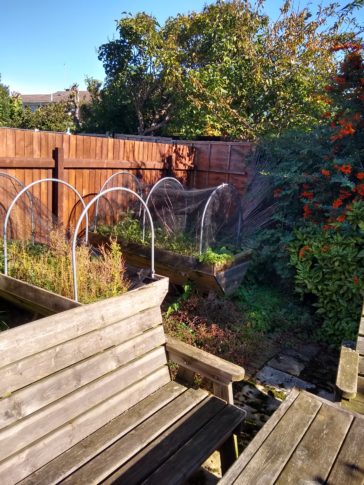 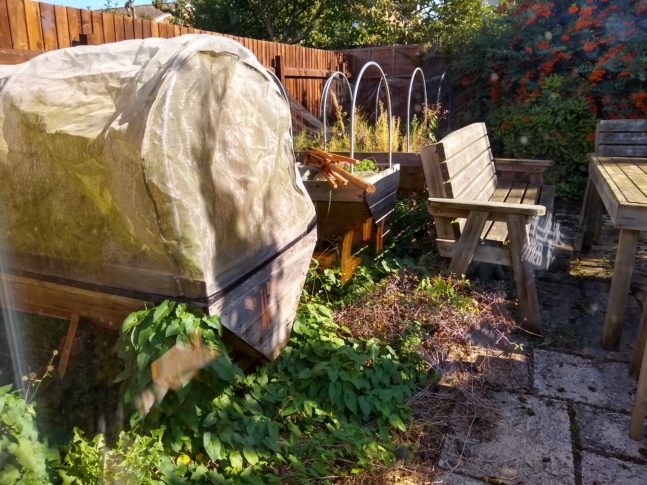 2019. Hired gardeners, but a disaster. Weeding is done, but troughs filled with clay, instead of soil and compost, and unplantable. Furniture “treated” with fence paint. A real low point, as I thought it was coming together, and then this happened. 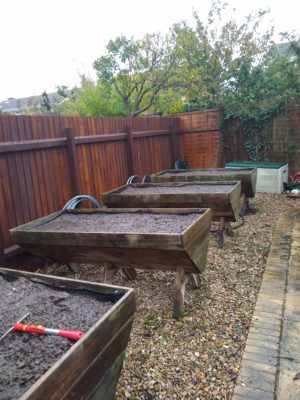 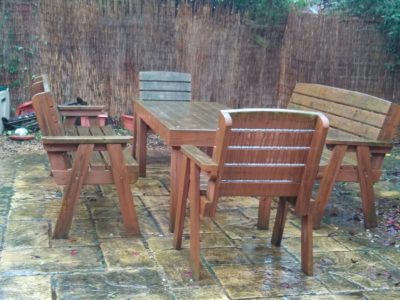 2020. I find a new gardener, but then he can’t come because of lockdown. My back is better for the first time in years, so I slowly and carefully start to dig the clay out myself, replacing it with stuff I can actually grow vegetables in. 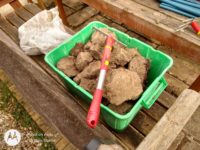 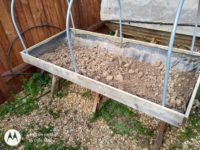 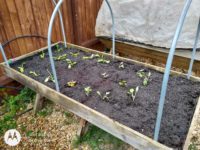 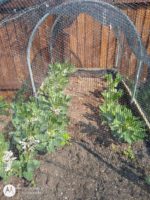 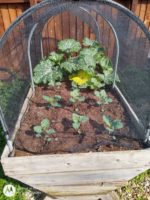 2020. I buy more plants, recycle some tubs I had, and decide to do the tomato thing again. 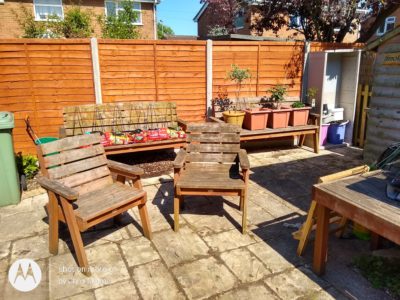 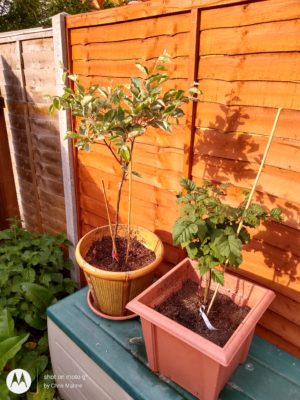